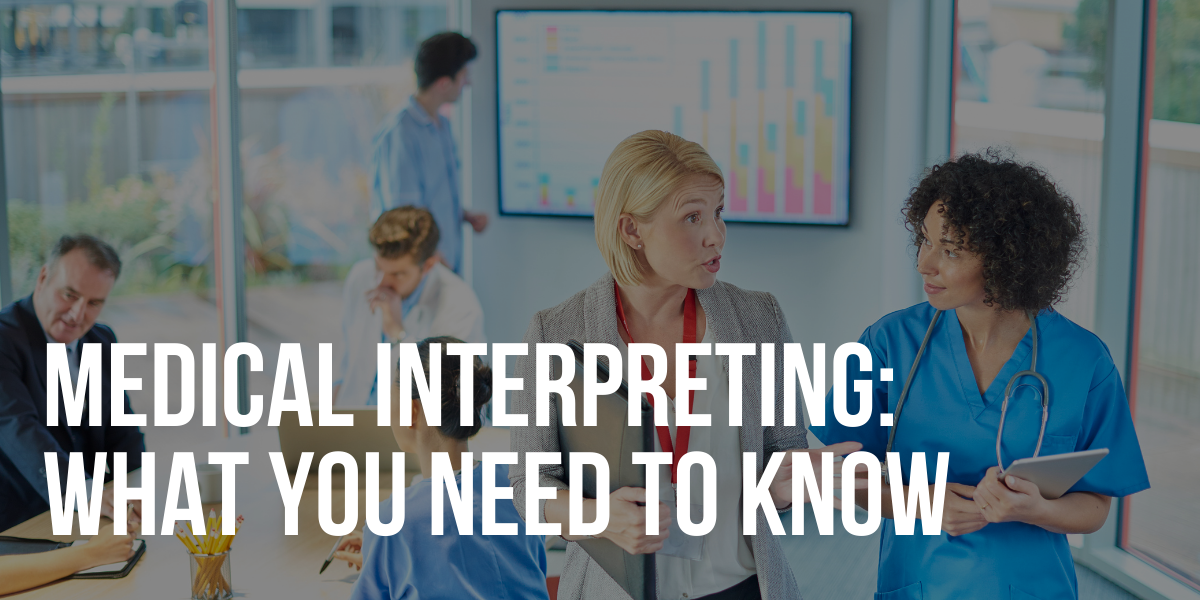 What is medical interpreting? And why is it important?

These mistakes can and do affect the care patients receive. 8.5% of the U.S. population reported they were Limited English Proficient (LEP), which a 2011 study linked to difficulty communicating and comprehending medical information from providers, including challenges with written information at the doctor’s office, or reading prescription bottles.

Language access (or the lack of it) can impact the quality of care and patient health in a variety of ways, including the following:

Or, the consequences may be even more dire.

Why Professional Medical Interpreters Matter: The Case of Willie Ramirez

For example, consider the most famous instance of medical interpreting gone awry: the case of Willie Ramirez.

In 1980, Willie Ramirez, a healthy 18-year-old, suddenly collapsed. An ambulance took him to the nearest emergency room. His family thought he might have had food poisoning. However, they were Cuban immigrants who primarily spoke Spanish.

There was no interpreter present. Instead, doctors relied on Ramirez’ 15-year-old girlfriend and his girlfriend’s mother, Concha, to interpret.

As Concha later explained to the Health Affairs journal,

“Since Iberia didn’t speak English, she spoke to the doctor – in English. She wanted to tell the doctor that the hamburger Willie ate made him sick: ‘I say him, doctor the amburger intoxiCAted him.’”

To native English speakers, that sounds like an odd turn of phrase. But as Health Affairs notes, it makes perfect sense if you grew up speaking Spanish in Cuba:

“Among Cubans, “intoxicado” is kind of an all-encompassing word that means there’s something wrong with you because of something you ate or drank. I ate something and now I have hives or an allergic reaction to the food or I’m nauseous.”

Unfortunately for everyone involved, “intoxicado” sounds like “intoxicated.” Willie was treated for a drug overdose, even though he was actually having a brain bleed.

By the time the mistake was discovered, Willie Ramirez was a quadriplegic. The family sued the hospital, which is now on the hook for his care, to the tune of $71 million.

But the money won’t give Willie his arms and legs back. And it can’t erase the unwarranted guilt of his family.

Warning: Children Are Not Medical Interpreters!

Children are little sponges, soaking up information of all sorts. Language is no exception, and in immigrant families, it’s not uncommon for children to speak English better than their parents. It’s also not uncommon for kids to act as interpreters for family members who are less fluent.

In casual situations, that’s fine. In medical situations, it’s not. Even routine appointments can involve sensitive or important information that children simply should not be responsible for translating.

And of course, in emergencies, the stakes are higher. It’s unrealistic to expect children to perform in a situation where even adults struggle. It’s also unfair.

That’s why Section 1557 of the Affordable Care Act prohibits the use of a patient’s children as interpreters except in “emergencies to prevent imminent patient harm”.

Fortunately, this situation is usually avoidable as long as appropriate language assistance procedures are in place.

When is a medical interpreter required?

Both US and international regulations require that patients with limited English proficiency have access to a medical interpreter as part of regulations that mandate equality of access to health services. Access is required in the following circumstances:

There are three federal laws – The Title VI of the Civil Rights Act of 1964, the Americans with Disabilities Act, and the Affordable Care Act – that require medical providers, including primary care services, to provide oral interpreters and written translated materials to LEP patients.

If there is a failure to meet their needs, LEP patients are well within their rights to sue.

Ethical medical research is based on the principle of informed consent. Trial subjects must understand the risks and benefits of participation.

Obviously, all patient-facing documents and written information about the trial must be made available in the patients’ language to ensure understanding. But interpreters should also be available to help trial staff answer questions, gather accurate data and discuss issues like side effects.

Hospital care and discussion of treatment

Of course, during emergent situations hospitals may need to balance the need for timely treatment with the need for language access. However, providing patients and their families with as much language assistance as possible improves patient outcomes and keeps everyone safe.

However, it’s not a panacea. Since interpreters can’t see the doctor or the patient, they miss out on nonverbal communication cues like body language. Also, the experience of using a telephone interpreter for an in-person visit can be confusing for patients, especially the elderly.

Finally, if you’re giving bad news to patients or their families, a disembodied voice on the phone is the wrong way to go about it. Some situations simply require a more personal touch.

Video interpreting is as cost-saving as telephone interpreting. However, the use of video means that interpreters can better understand the situation and better communicate with patients and clinicians alike.

Telephone interpreting and video interpreting both provide fast access to interpreters and a wide selection of languages. But an in-person interpreter is still often the best choice for difficult situations. Any medical interpreting solution worth its salt will make it as easy as possible to connect with an interpreter in whatever way clinicians and patients feel is best.

For more information, contact us about your interpreting needs today!

How to Help Afghan Interpreters and Translators

Afghan interpreters who worked with US and NATO forces need immediate assistance. Even before the US withdrew its troops from Afghanistan, these translators and interpreters were in mortal danger from the Taliban. In fact, at least 300 of them have been killed since 2001. Now, that danger has multiplied exponentially. As the United States withdraws […]

Remote Interpreting FAQs – How This Service is Revolutionizing Businesses in 2021